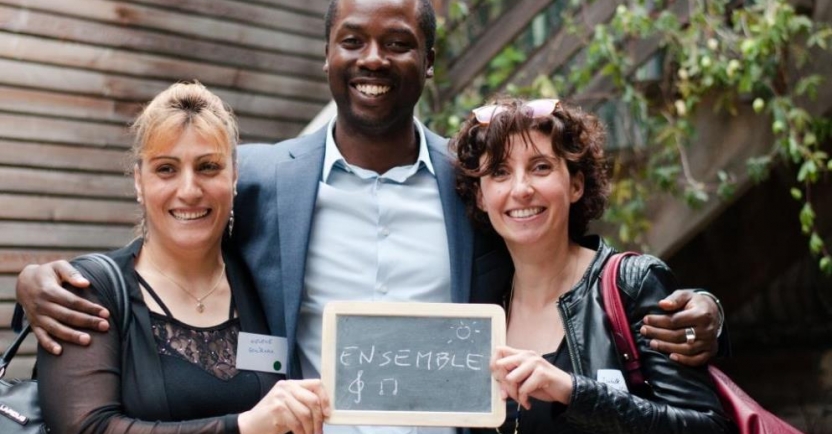 Empowering inhabitants in underprivileged neighborhoods is the core challenge of VoisinMalin. Within the communities where it operates, VoisinMalin identifies natural leaders among local inhabitants. They are hired and trained by the association, and missioned to create a dialogue with other inhabitants and give them keys to improve their living, and to empower themselves. The missions are built conjointly with partners such as social housing providers, local institutions or companies that provide services of general interest.

The Voisins Malins or ‘Smart Neighbors’ meet all residents in the neighborhood, essentially at their home. They give them advices on concrete services available to them. They listen to them, and build their capacity to take advantage of changes in their everyday lives.

To restore a positive dynamic in underpriviledge neighborhoods and to foster interactions and bonding between people as well as with local institution and service, as far as in these districts most of the inhabitants are not aware of the existing services that may help them in their everyday life

Principles and means of actions

# 11 intervention territories in the french underpriviledged districts, based in Essonne, in Val-d’Oisen in Seine-Saint-Denis, in Paris and in Lille.

# 30 missions conducted in 2015 as a response to the inhabitants needs on varial themes : housing, energetic precarity, health, education, right access …