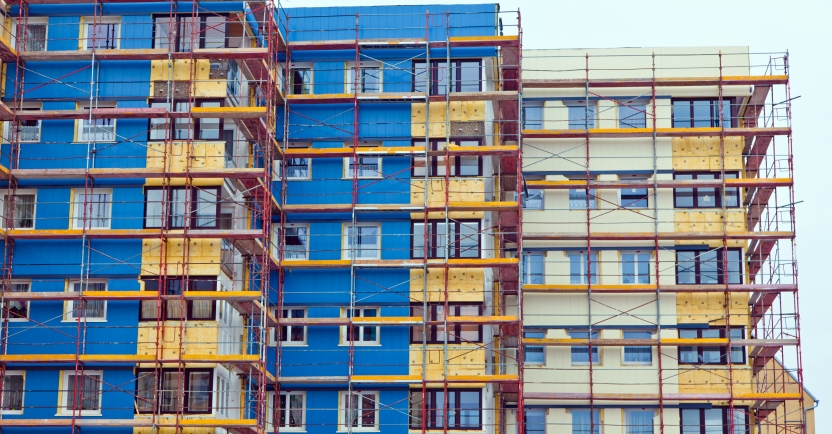 The Rexel Foundation is lending its expertise in fighting fuel poverty to the “Bail pour Tous” association, whose mission is to provide access to housing for people in economically and socially disadvantaged situations.

“Bail pour Tous” works on social initiatives providing access to housing for extremely disadvantaged people. With help from the Rexel Foundation, it has decided to go further in helping them fight fuel poverty.

The housing stock of 93 units belonging to “Bail pour Tous” is made up of four buildings and a few scattered units. This housing is rented out to extremely disadvantaged people. For its beneficiaries, “Bail pour Tous” not only acts as property manager but also plays a social role by supporting them in their life projects. This aging housing stock confronts the association with the importance of renovating these apartments in order to improve their energy performance and in turn maintain their level of comfort while fighting fuel poverty. Raising awareness among occupants, whose consumption behavior has a major impact on their energy bill, has proven to be beneficial in this context.

Appliance and equipment replacement and awareness raising among occupants

Two strategic levers have been activated thanks to the financing  provided by the Rexel Foundation: replacing the appliances and equipment in certain housing units with more economical products, and developing a communication/educational kit to raise awareness about ecologically responsible behavior on a daily basis. Thus, one of the buildings managed by the “Bail pour Tous” Association was given an energy assessment and recommendations with the goal of improving its consumption performance. More economical appliances and equipment, supplied by Rexel France, were installed in 8 housing units: 6 hot water heaters, 20 radiators and 8 extractor fans connected to the roof.

At the same time, a complete awareness raising communication/educational kit was created to spread messages encouraging lights to be switched off, windows to be closed and faucets to be turned off. The kit includes: posters, brochures, bottles of hand soap, and trinket bowls. Meetings have also been held to raise awareness through sharing and interaction.

The operation in figures

An initiative made to last

“The success of this initial operation makes us want to continue, in particular by organizing other awareness raising meetings. We need to ensure the continuity of this initiative, which is the indispensable condition for effecting behavior change. For example, we know that much remains to be done before our renters regulate their indoor heating in a reasoned way. In order for that to happen, we would like to add elements of proof to the kit, for example, before/after heating bills, which would allow everyone to see the savings that can be made by changing their behavior. In the same spirit, to measure our impact more concretely, we are thinking about developing a measure of actual fuel consumption reductions and quantifying the number of people who have truly changed their behavior.”