Provide electricity to all of Africa within 10 years: the challenge of the foundation “Energy for Africa”

Created in March 2015 at the impetus of Jean-Louis Borloo (Former French Minister of State for Energy, Ecology and Sustainable Development), the foundation “Energy for Africa” aims to provide electricity to the entire African continent by 2025.

While Africa currently accounts for 15% of the world’s population, it only represents 3% of global primary energy consumption and two-thirds of its population still lives without access to electricity. The initiative of the former Minister of Energy aims to connect 600 million Africans to the energy grid.

With this in mind, experts consulted by “Energy for Africa” estimate that an investment of 200 billion euros will be needed over the next 10 years: an initial 50 billion euros in international aid would initiate momentum before letting private investments take over. The funds could be allotted to various projects under the aegis of an African energy agency, which remains to be created. Jean-Louis Borloo has been touring the content for the past several months in an effort to involve the African states in his project.

If successful, the economic repercussions would be considerable. If 90% of the population had access to electricity, Africa’s annual growth could reach 10%, which would also provide major opportunities for the rest of the world, says Jean-Louis Borloo. 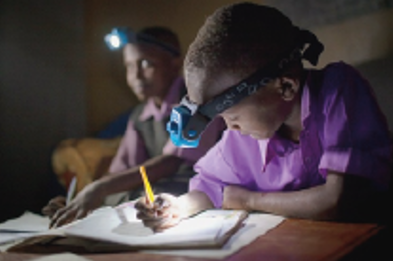 (Photo: Every year, 10 million more Africans have no access to energy)

This growth would be in line with a sustainable model, breaking with the traditional models followed by developed countries. Renewable energies cost less to produce in Africa than anywhere else in the world, as the continent has a remarkable solar potential. Many possibilities remain to be explored to optimize the continent’s energy potential. For example, the photovoltaic power station that opened in early 2015 in Jasper, South Africa, is part of this dynamic. Born of the Renewable Energy Independent Producer Program initiated by the South African Department of Energy, the Jasper power station is the largest solar power installation in Africa and can supply up to 80,000 households with electricity. Morocco wishes to launch a similar initiative in Ouarzazate.

Providing electricity to Africa is thus a major challenge, which has recently found a special echo in the news: COP21, which will be held in Paris in December, must enable participating states to reach an agreement on providing 100 billion dollars in aid to developing countries annually.