Newey & Eyre employees take their bikes for the profit of charities 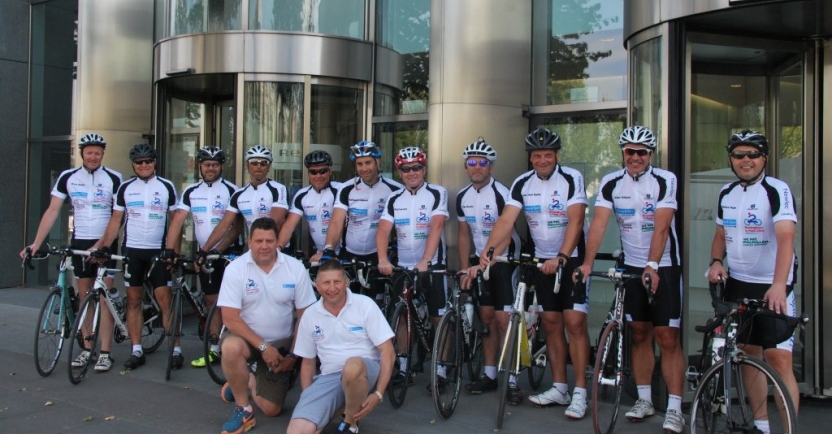 By cycling from Birmingham to Rexel HQ in Paris, a team of Group employees raised more than £20,000 for charities

On Friday, 11thSeptember, eleven cyclists, supported by a dedicated team of two van drivers, arrived at the Rexel Paris headquarters after making an epic journey of more than 300 miles in aid of UK charities such as the Electrical industries charity.

The team of cyclists consisted of Peter, Chris, Raffaele, Harj, Will, Stuart, and Phil from Newey & Eyre, a Rexel banner in the UK. They were joined by Spencer, Nigel, Richard from Schneider and Mark from Century Lighting. The cyclists were supported by van drivers Dave from Newey & Eyre and Chris from Honeywell.

Leaving the Newey & Eyre head office in Birmingham on Tuesday, 8th September, the team’s four day ride, took them over hills and across the English Channel, eventually arriving at the Rexel Campus building in Paris at 3.30pm on Friday afternoon, where they were greeted and joined by colleagues at Rexel HQ for celebrating their success.

This is the second time cyclists from Newey & Eyre have taken on this amazing feat. In September 2013, the boys raised £18,000 for charity following a slightly shorter route from the Newey & Eyre Bermondsey branch in London to the Paris HQ.  This year the team have beaten their fundraising record and exceeded their target of £20,000.

The Electrical Industries Charity is the only charity to help those in hardship or distress who work or have worked in the Electrical or Electronics Industry. Over the past 100 years the charity has assisted people from all backgrounds and age groups across the UK.