Nepal suffered a series of earthquakes that affected a dozen of its hydroelectric power plants on April 2015. Consequently, the country lost around 30% of its power generation capacity. The satellite image below clearly shows the damage: the orange dots represent the areas in which light emissions were lower after the earthquakes. 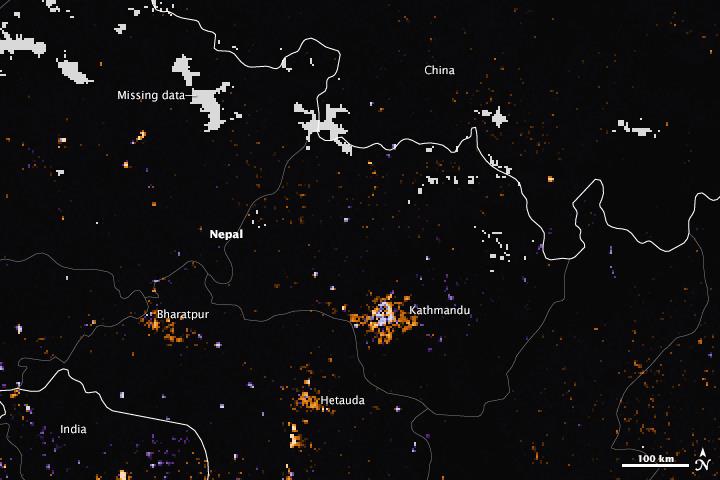 After the first tremors, the Nepal Electricity Authority hoped to quickly reestablish the national electrical grid. However, this goal proved to be extremely difficult to accomplish, not only because of aftershocks, but also because the country’s electrical infrastructures were not designed to enable quick repairs, according to Hervé Gouyet, Chairman of Electricians without borders.

With the goal of providing relief to the Nepalese population, the Rexel Foundation chose to support volunteers from Electricians without borders. In partnership with the Crisis Center of the French Ministry of Foreign Affairs, Electricians without borders supervised the management, contracting and execution of all lighting solution implementation operations in Laprak, Northwest of Kathmandu. On the ground, over 3,000 lighting kits and around 100 public lighting units were installed in villages and refugee camps.