Get out of fuel poverty in Roubaix, the Foundation's project 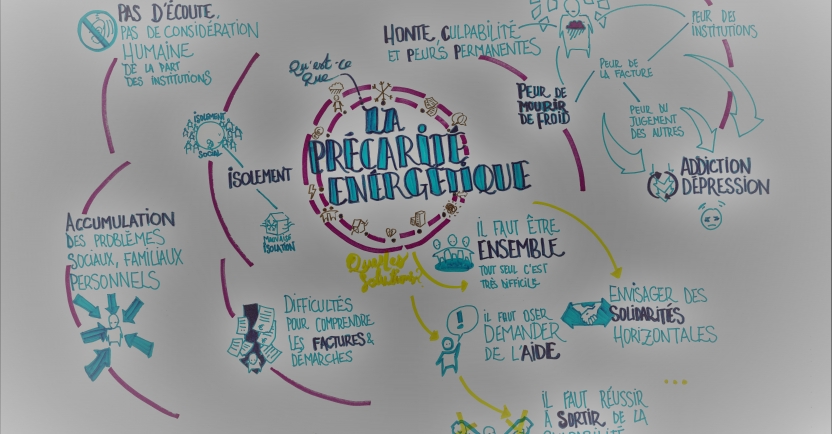 Emergence of a community of actors in Roubaix around fuel poverty

About 20% of European households suffer from fuel poverty, a symptom of wider economic and social difficulties. Despite a multitude of human and financial resources, the problem of fuel poverty is growing and the lack of recourse (i.e. the fact that people in precarious situations do not use the available assistance, either because they are unaware of the very existence of this assistance or because of overly complex procedures) is important, to the extent that some funds are not used. Fuel poverty is not an isolated problem, it is often associated with a multitude of other difficulties for millions of citizens.
What collective response can we provide?
Innovating Otherwise
A story perfectly sums up the Foundation's vocation: it took place in Roubaix in 2018. During its Innovation Day in June 2018, the Rexel Foundation for A Better Energy Futur committed to launch an experiment in Roubaix.
Concerned to integrate the inhabitants into the process, the Foundation aimed to understand the reality of fuel poverty, as seen by people in precarious situations as well as by the organizations in charge of fighting it. The Foundation has thus brought together all stakeholders in the problem, from local authorities to people in fuel poverty, in order to invent effective and efficient solutions to solve it.
A serie of four collective intelligence workshops began in September 2018 and continued until December 2018.
These workshops allowed to identify ways out of fuel poverty in Roubaix and to activate a network of actors. These ideas are being implemented in 2019 on the field.
The Rexel Foundation puts people at the heart of its mission. Behind every project, there are faces and names, whether they are the inhabitants, our partners or our collaborators. It is the guarantor and credibility of its commitment.