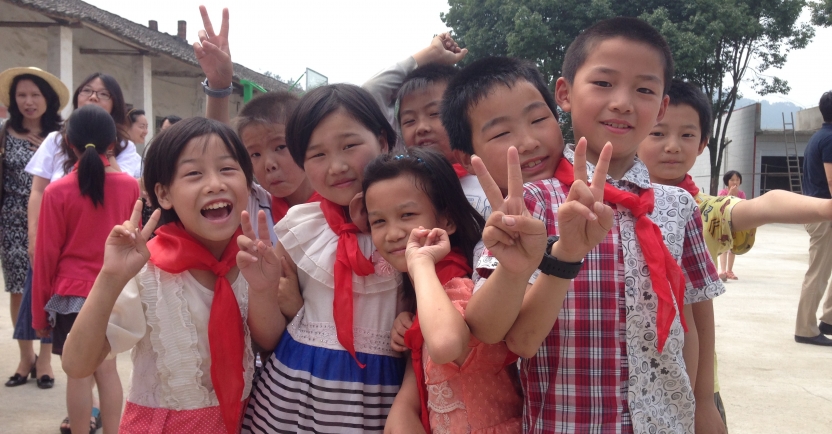 In China, the Rexel Foundation took part in a comprehensive solar power station/Green IT Classroom initiative to provide students at San Xing Elementary School, located in the province of Hebei, with access to new technologies and better information.

A remote school in the Hebei province

San Xing Elementary School is located in a remote mountainous region of Hebei. It is attended by around 230 students from 10 surrounding villages, some of which are extremely far away. The school is therefore also a second home for some of the children who, due to their family’s distance and financial situation, can return to their hometowns only once per year. Built 50 years ago, the San Xing school has never been renovated, has no IT equipment and is connected to an unstable electrical network, which compromises the possibility of any related project.

A dual objective: educational and environmental

An educational project.
Providing the students of San Xing with access to computers and the Internet means giving them the opportunity to develop the computer skills necessary in today’s world, as well as broadening their horizon by giving them a new global perspective.

A dual environmental aspect: recycled computers and renewable energy production.
Two installations have been set up: an IT classroom equipped with refurbished computers, and an autonomous solar energy plant. This energy plant guarantees the long-term viability of the IT class, control over the cost of the school’s electrical consumption and, above all, a clean and renewable energy supply.

A convergence of skills and solidarity

Several partners pooled their expertise to ensure the project’s success.
The concept was developed by the social enterprise Netspring as part of its “Green IT Classrooms” program. With over 40 classes already equipped, and 26,000 computers refurbished by over 320 partner firms, the concept has been tried and tested.
Faurecia donated 27 computers and other equipment – dismantled in an environmentally responsible way by a certified firm – due to their obsolescence. The IT class was also equipped with 25 recycled laptop computers originating from more recent used computers received by Netspring.
The Rexel Foundation funded the installation of a solar energy plant enabling the production of the energy required to power the computers.
Rexel China contributed its technical expertise during the various phases of the solar energy plant project: determining the size of the installation, choosing suppliers and equipment, installing the solar panels and putting the energy plant into service.
Employees from Rexel and Faurecia volunteered their time to install the panels, teach the children how to use the computers and increase their awareness of sustainable development. A guided tour of the energy plant was also organized, along with an explanation of its operation and the advantages of cleaner, more autonomous energy.

Since being put into service on June 20, 2014, the IT classroom and the solar energy plant have functioned smoothly, requiring minimal maintenance.
Thanks to the solar energy plant, the school has gained the benefit of a permanent energy source, compensating the frequent blackouts caused by the instability of the network on which it depends. For the students as well as the adults who live in this school year-round, who now have electricity for their everyday needs, this is a considerable improvement in their quality of life.
For the children who are separated from their families during the school year, the creation of an IT class with Internet access provides the opportunity to interact with their parents by video, thus adding a human dimension to the project and further contributing to the feeling of success shared by the various partners.

Key figures for the project